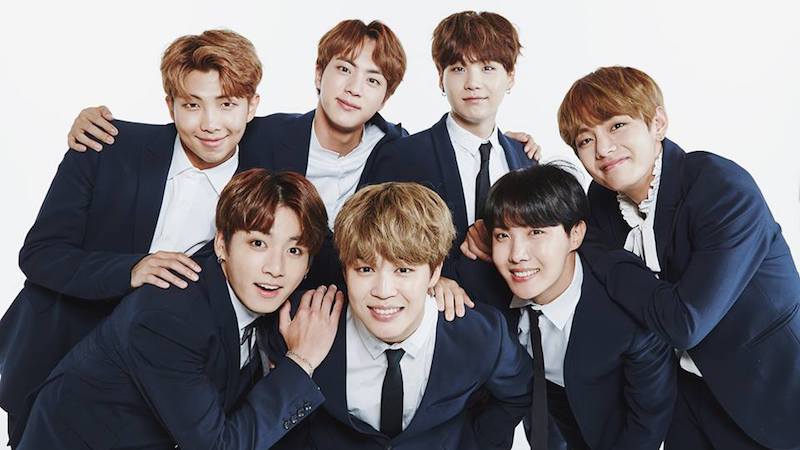 Big Hit Entertainment has responded to reports about one of the group’s planned upcoming projects.

On June 20, a news report was published that claimed BTS is currently working on a new album with the theme of “Love Yourself.” It said that the members would be each releasing a video that would take the form of a drama, with the videos released in succession.

The agency was also reported to be recruiting story writers, as well as contacting talent agencies in secret to find actors to act alongside the members. A representative from BTS was reported to have responded that the group’s new album concept has not yet been decided.

News outlet OSEN soon after reported that a source from Big Hit Entertainment told them on June 20, “The individual member drama project is one of the programs that Big Hit Entertainment is preparing for this year and next year. However, as it’s still in the early planning stages, there is absolutely nothing that we can say about it yet.”

The source denied that they have recruited any story writers to the agency.

A source from Big Hit Entertainment also told news outlet Star Today, “‘Love Yourself’ is one of our projects for this year and next year. We’re still at the beginning planning stages. We put up a notice looking for story writers, but we haven’t yet recruited anyone.”

Star News also reported that Big Hit Entertainment told them nothing has been decided in relation to video production or casting of actors for the project.

As noted in the original report, BTS’s Rap Monster included the line “Love myself, love yourself” in his acceptance speech at the Billboard Music Awards when the group won Top Social Artist last May. The line “Love yourself” is also included in their track “Cypher 4” off their album “WINGS” from last fall.

BTS is still making stops on the Japan leg of their latest world tour, but plans to make a comeback in the second half of the year.