Including BTS, Lotte Duty Free has 58 K-pop celebrities, including actor Lee Min-ho and K-pop girl group TWICE, as its model, according to the company.

The duty-free operator’s move to expand its presence in the global market comes as local retailers are gearing up for a potential inflow of Chinese customers. The number of visitors from the neighboring country had sharply dropped in the past months following a diplomatic row between the two countries over the deployment of U.S. Terminal High Altitude Area Defense (THAAD) system here.

The leaders of Seoul and Beijing held a bilateral summit on Saturday, highlighting the recent normalization of their ties.

During the meeting, President Moon Jae-in and his Chinese counterpart Xi Jinping agreed to quickly put the countries’ exchange and cooperation in all areas back to the normal track, according to Seoul’ presidential office Cheong Wa Dae. 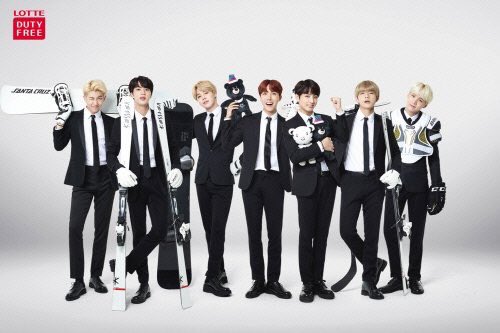