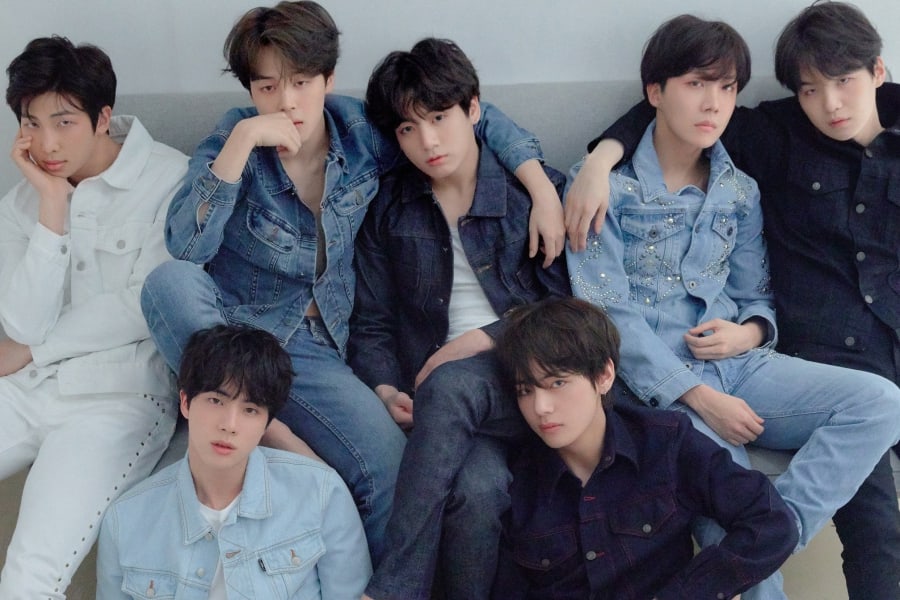 BTS and their fans ARMY received a letter of congratulations from South Korean President Moon Jae In!

BTS made history on May 28 KST when they took the No. 1 spot on the Billboard 200 chart with their album “Love Yourself: Tear.” Later that day, the official Twitter of President Moon Jae In shared a letter from him congratulating the group and their fans on their huge achievement.

The letter is as follows:

“I express my congratulations to the seven boys who love music and the boys’ wings called ‘ARMY.’

“Young people all over the world are comforted and find courage because of BTS’ songs and dancing, dreams and passion. I congratulate you on the album ‘Love Yourself: Tear’ reaching No. 1 on the United States’ ‘Billboard 200.’ It’s the first time in 12 years for an album in a language that is not English, and the first time ever for a Korean artist.

“BTS puts their sincerity into their outstanding dancing and singing. They have a magical ability to turn sadness into hope, and difference into similarity. Each of the seven members put who they are and how they live into their music, and they are overcoming location and language, and culture and institutions.

“Korean popular music has made a leap forwards on the world stage thanks to BTS. Through the language of K-pop music, our young people can share experiences of life and love, dreams and pain with young people all over the world.

“I support BTS’s dreams of reaching No. 1 on Billboard’s Hot 100, winning a Grammy award, doing a stadium tour, and becoming the most influential artists in the world. I also support their fan club ARMY, who are raising their voices together with BTS towards the world.

“BTS, whose name means ‘We’ll block the prejudices and oppression that teenagers experience.’ I will now remember each of the names of the seven boys Jin, Suga, J-Hope, RM, Jimin, V, and Jungkook. As ever, this is a new start. Thank you for sharing profound emotions with our nation’s people and people all over the world through your wonderful selves.

Congratulations to the Seven Music-loving Boys and Their Wings, ‘ARMY’!
The songs, dance, dreams and enthusiasm of BTS energized and gave strength to young people around the world. https://t.co/6ZL4XdrZVv

Congratulations once again to BTS!