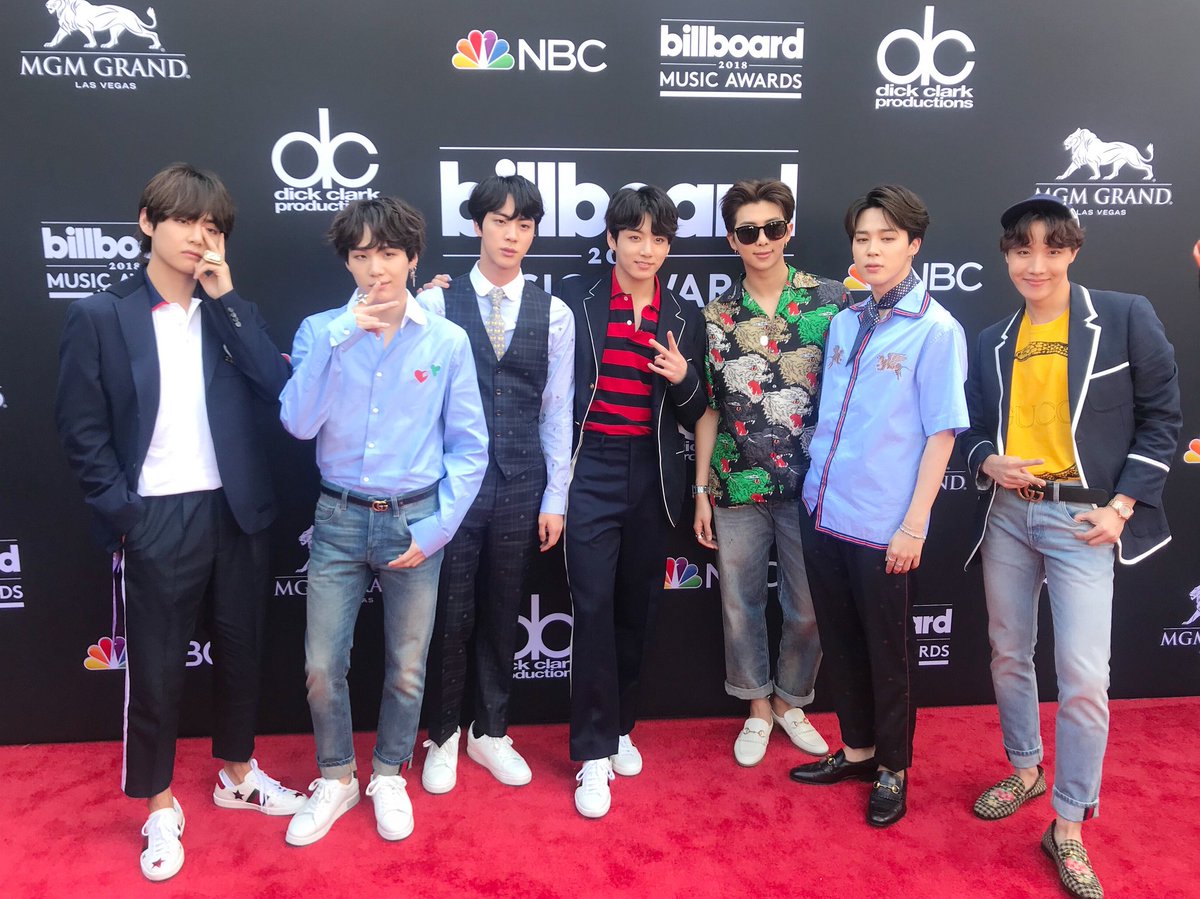 BTS’s “Fake Love” has made a historic debut on Billboard’s Hot 100 chart!

On May 30 KST, Billboard announced that BTS’s new track “Fake Love” has taken the No. 10 spot on Billboard’s top songs chart, the Hot 100, for the week ending in June 2. The chart ranks the most popular songs in the United States across all genres, based on radio airplay audience impressions, sales data, and streaming activity data.

BTS became the first K-pop group to debut in the Top 40 of the Hot 100 last December when their remix of “MIC Drop” entered at No. 28. “Fake Love” has now beat “MIC Drop”‘s record as it grabbed the highest ranking for a K-pop group track on the chart.

While PSY’s tracks reached these points over time, “Fake Love” is the first Korean song to enter the Hot 100 chart in the top 10, breaking the record of PSY’s “Gentleman” which debuted at No. 12.

“Fake Love” has also become BTS’s first song to reach No. 1 on Billboard’s Digital Song Sales chart, entering with 29,000 sold. It’s at No. 7 on the Streaming Songs chart with 27.4 million streams in the United States.

“Fake Love” is the title track off BTS’s new full album “Love Yourself: Tear,” which takes the No. 1 spot this week on Billboard’s top albums chart, the Billboard 200.

BTS previously said that entering the top 10 of the Hot 100 and coming in No. 1 on the Billboard 200 were two of the goals, and they’ve made those dreams come true!

Billboard’s website will be updated with the latest charts on May 30.