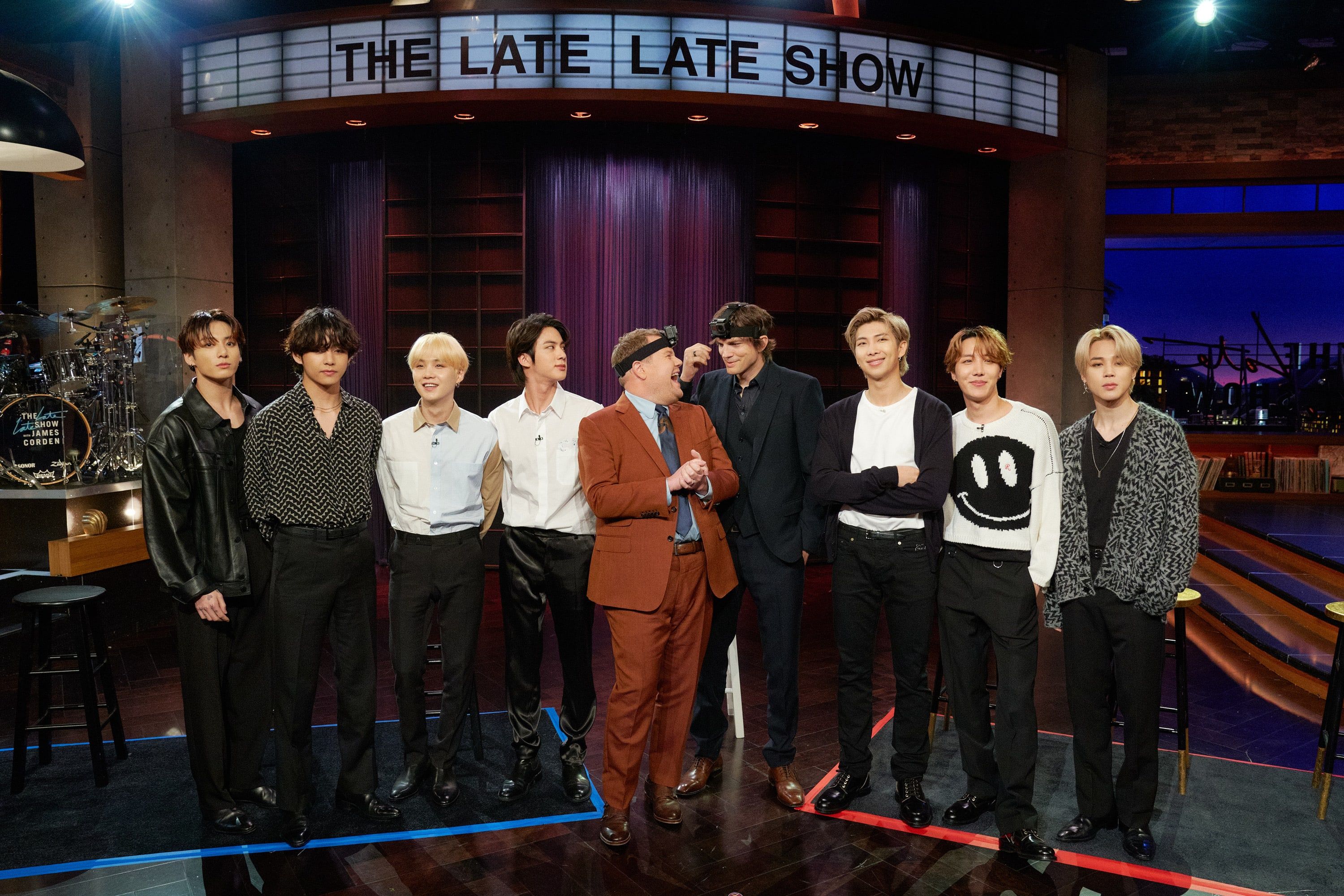 BTS’s fans ARMY spread the love and showed thanks to Ashton Kutcher and James Corden by donating to charities that are important to them!

When BTS appeared on “The Late Late Show with James Corden” this week, they met once again with host James Corden and were guests alongside American actor Ashton Kutcher.

To thank James Corden for the way he always treats BTS and ARMY well, ARMY donated to a charity he supports called Magic Breakfast, which provides nutritious school breakfasts to hungry children in disadvantaged regions of the United Kingdom.

Wonderful #BTSArmy @BTS_twt you have raised over £13,000 which will fund 44,000 Magic Breakfasts! Charity knows no borders. Look at where the donations have come from, 65 countries!💜 #BTSxCorden @OneInAnARMY Thank you💜 pic.twitter.com/vJe88Lbo6N

In addition, ARMY teamed up to support the foundation that Ashton Kutcher co-founded with Demi Moore, called Thorn: Digital Defenders of Children. It is an organization that aims to end child sex trafficking and the sexual exploitation of children.

Ashton Kutcher wrote on Twitter on January 30, “Thank you @BTS_twt and the army for the love for @thorn.” Many fans replied to thank him for his work with the foundation and for being so kind to the group and having fun with them during the show.

Thank you @BTS_twt and the army for the love for @thorn

BTS and ARMY are currently gearing up for the release of the group’s new album “Map of the Soul: 7” on February 21.