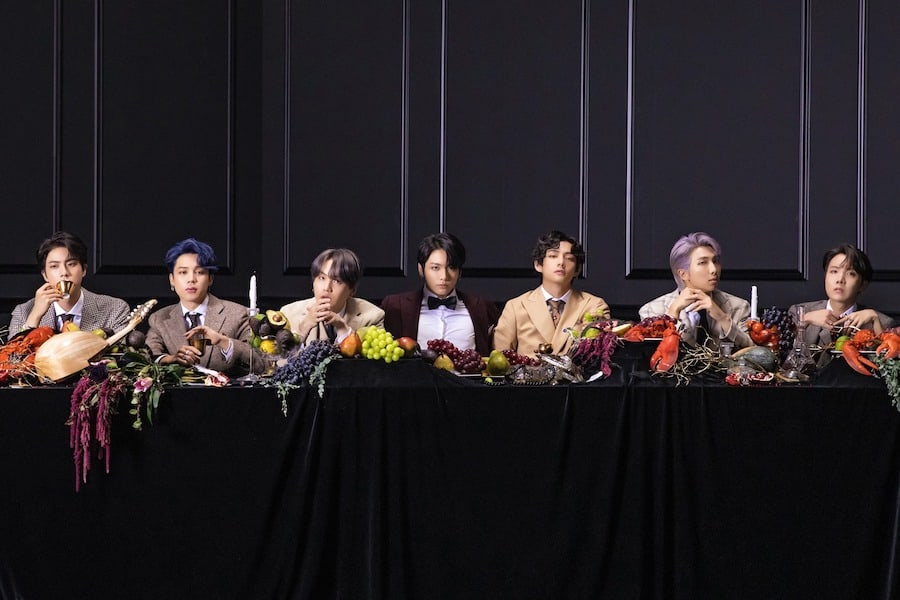 The group released their fourth full album “Map of the Soul: 7” on February 21, and it features the title track “ON.”

“Map of the Soul: 7” had opening week chart sales of 38,000 in the United Kingdom, and just under 32,000 of that figure came from pure physical and download sales. It is now the fastest-selling album of 2020 so far in the region.

On the Official Singles Chart for the United Kingdom, “ON” takes No. 21 while Jimin’s solo b-side “Filter” grabs No. 100.

In Germany, “Map of the Soul: 7” has grabbed No. 1 on the Offizielle Deutsche Charts, making BTS the first Asian pop group to achieve the feat.

In France, “Map of the Soul: 7” has reached No. 1 on the Syndicat National de l’Édition Phonographique Top Albums chart. It does so with 23,502 equivalent sales.

The Belgian Albums Chart is divided into two main regions (Flanders and Wallonia), and “Map of the Soul: 7” has taken No. 1 in Flanders and No. 2 in Wallonia.

The world’s top five biggest music markets are known to be the United States, Japan, Germany, the United Kingdom, and France. With these results, BTS has already conquered three out of five of those markets, with weekly charts for the United States and Japan due out next week.