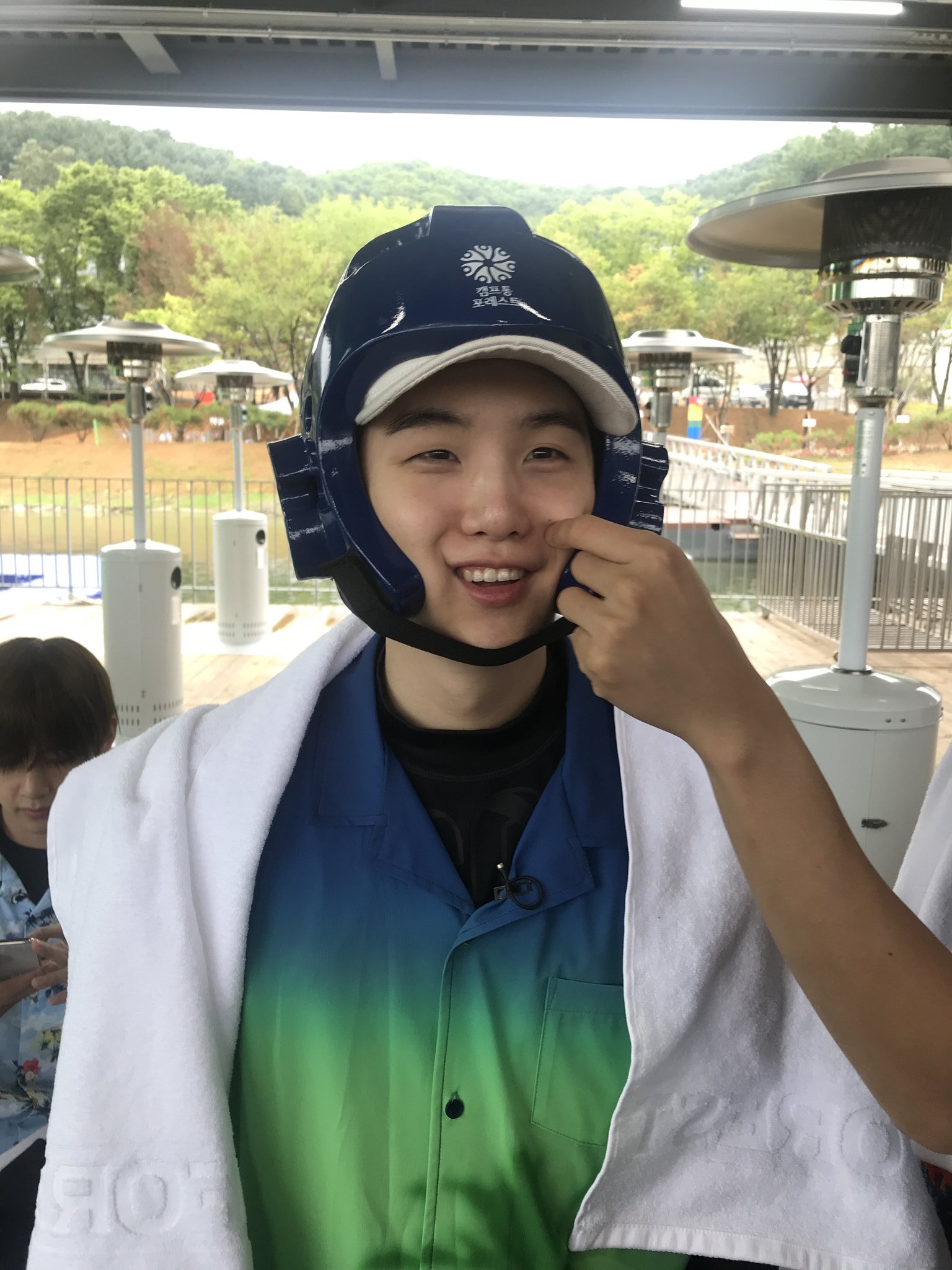 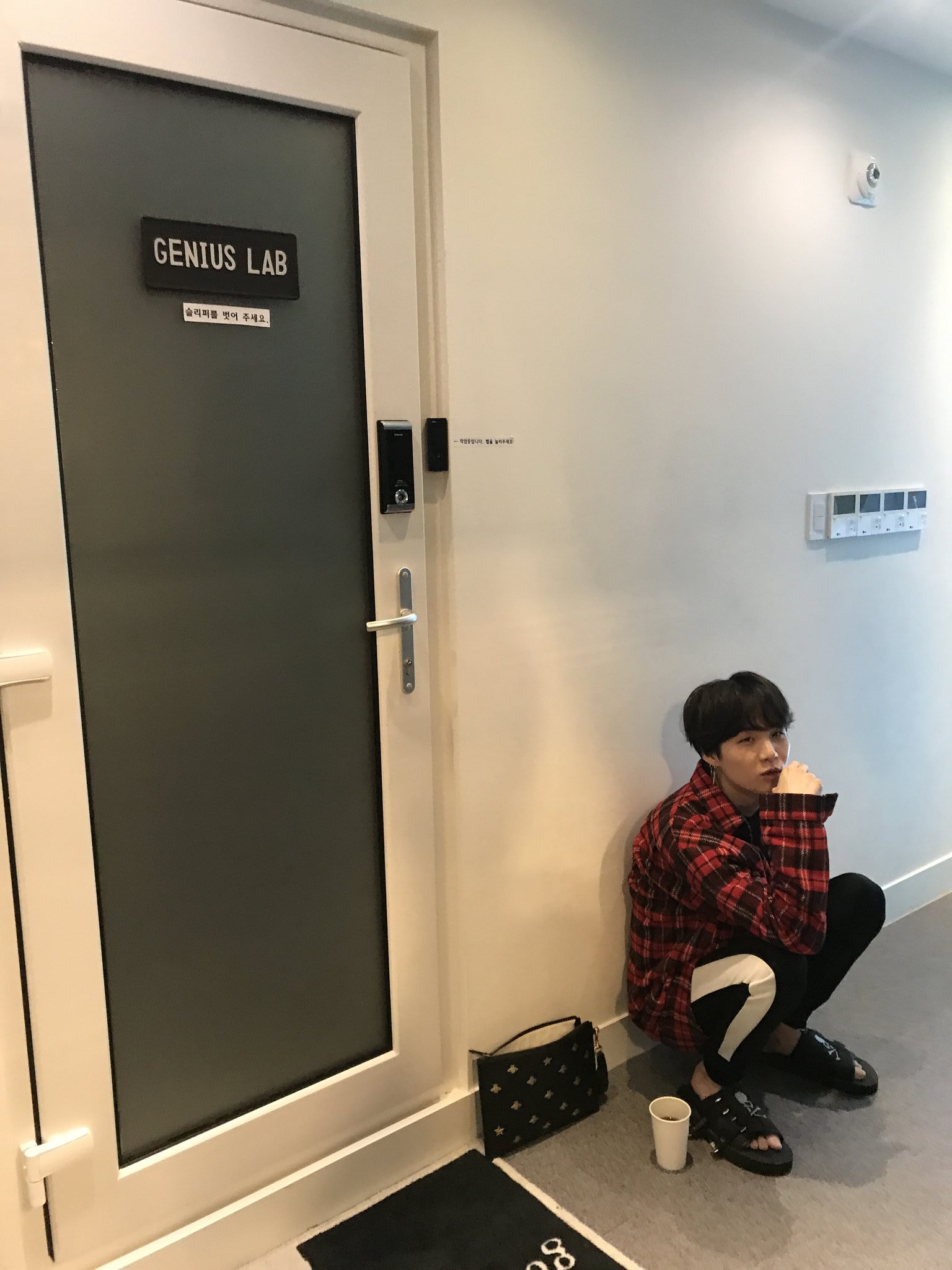 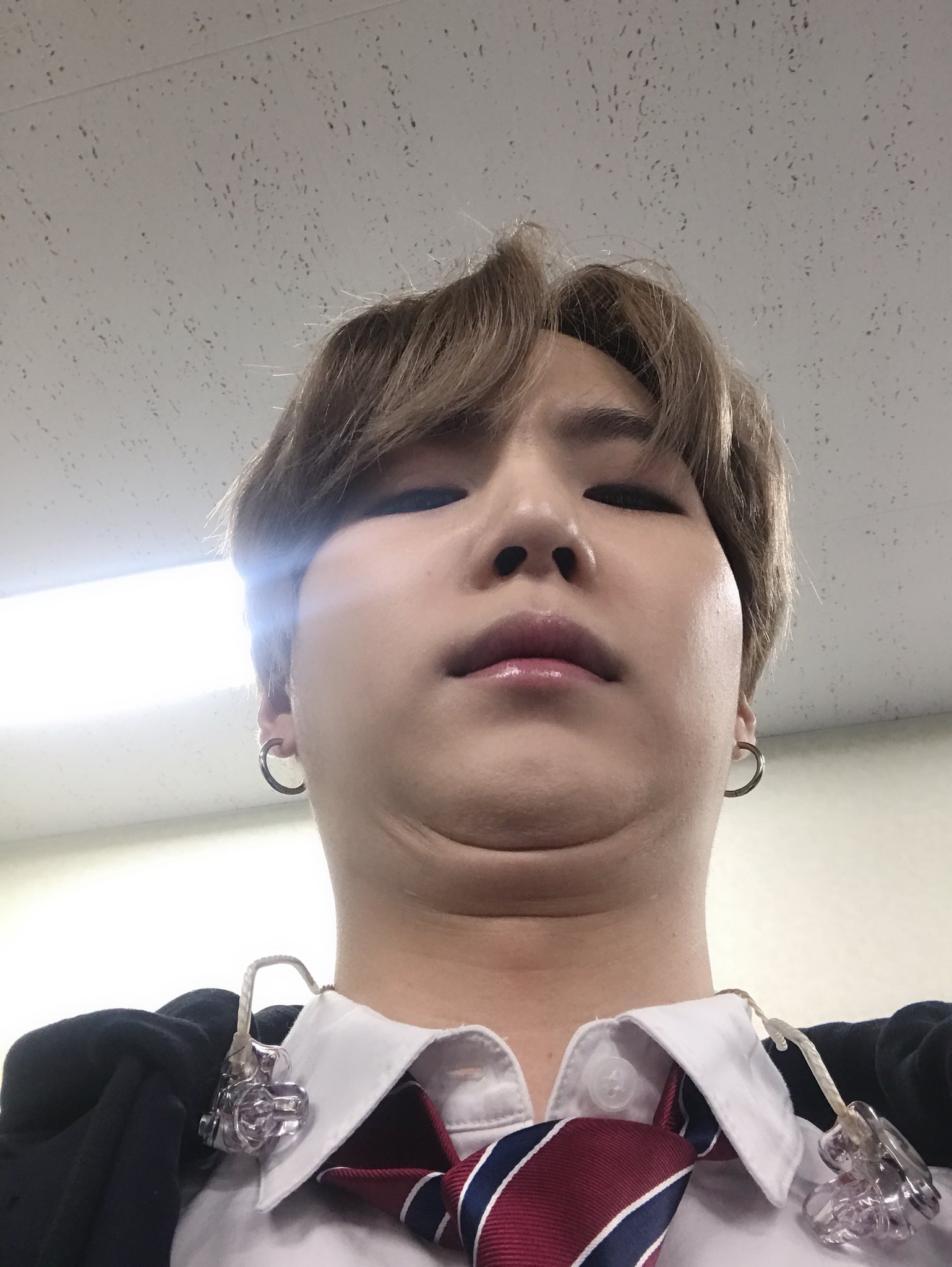 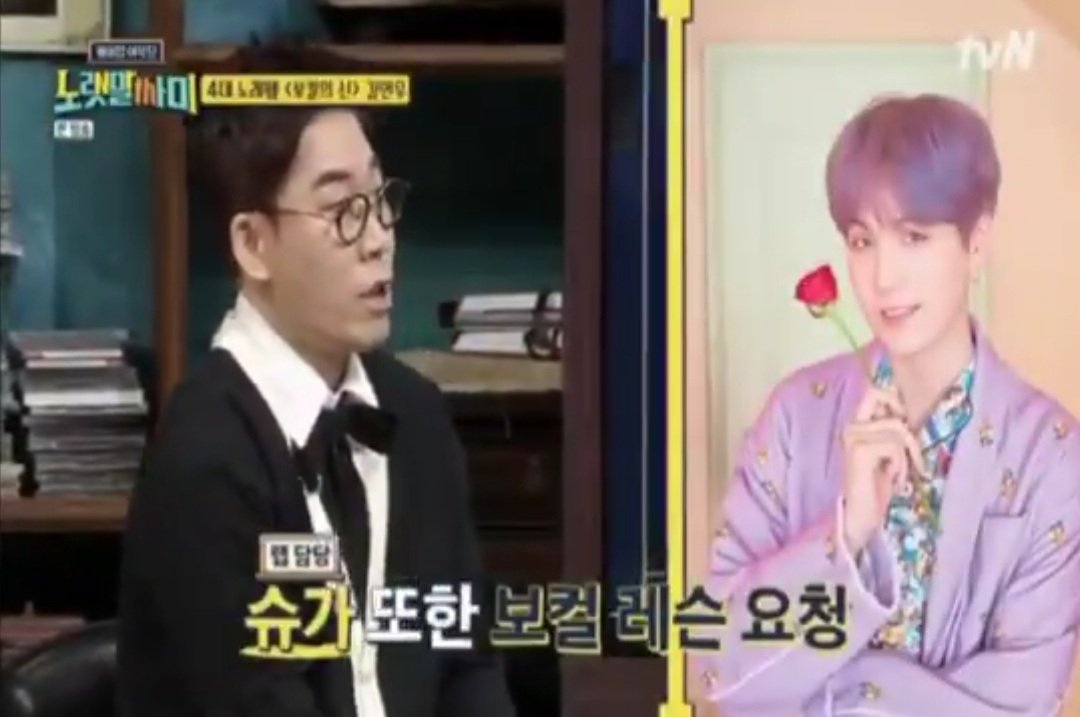 In charge of Rap

Namjoon captured a screenshot Kim Yeon-woo was on TVN “Kpop Cultural Center”. Kim Yeon-woo talking about how Suga called him even he is a rapper but he wanted to learn vocal so Kim Yeon-woo gave one point lesson to him.

Trans @BTS_twt :Thank you, my birthday turned out really happy thanks to ARMYs. Did everyone have Fried Chicken with Salt??* Heheh I’m always thankful and I love you, thank you for wishing me a happy birthday! #SUGA [SUGA]

(T/N:* Suga memo-ed on their 2020 Season’s Greetings to have fried chicken on his birthday, he mentioned it again on his VLive from yesterday that he enjoys having Fried Chicken with Salt!)