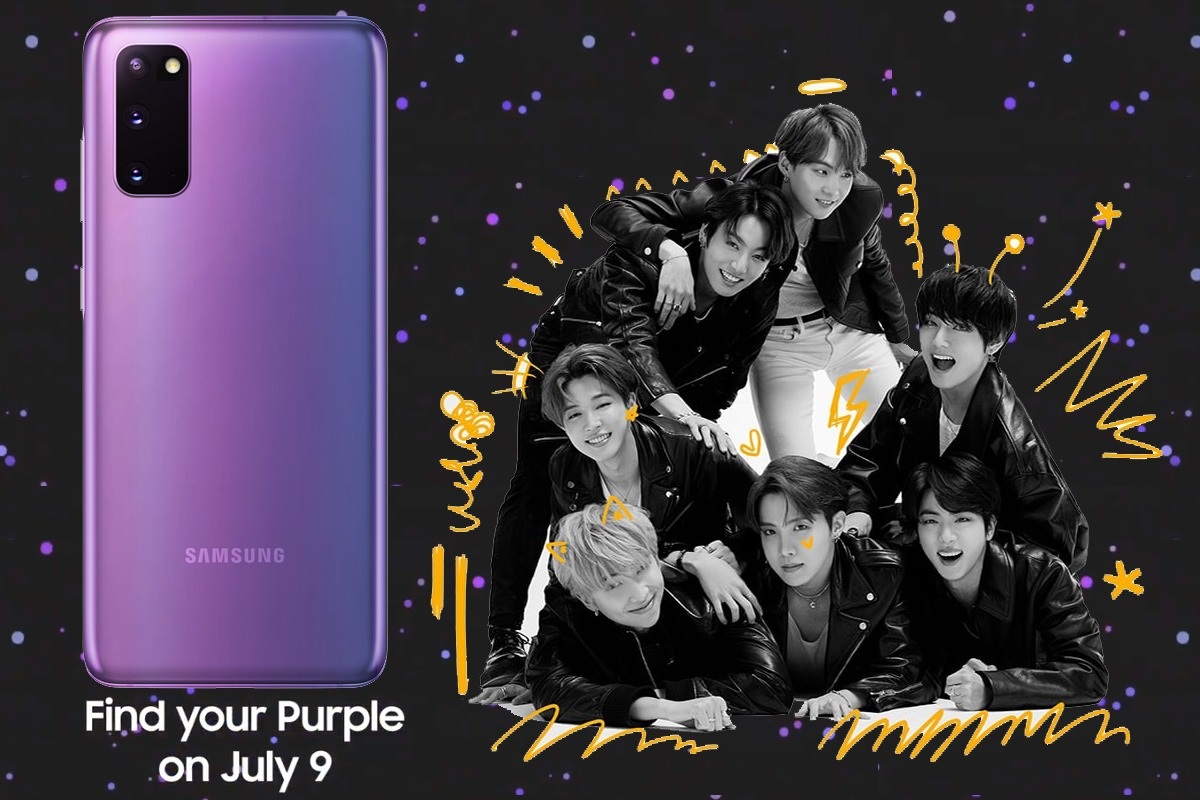 Samsung will reportedly launch a limited edition of the Galaxy S20+ in partnership with Korean music band BTS. The smartphone will feature the purple color, similar to the Galaxy Z Flip. This version of the Galaxy S20+ will be launched on July 9. This is the same day when the name of the BTS fandom (BTS A.R.M.Y) was announced back in 2013.

The South Korean smartphone giant has reportedly teamed up with French books and electronics store Fnac for the global launch of the Galaxy S20+ BTS Edition. Pre-orders for the limited edition smartphone will start on June 19 and run until July 5.

Samsung had recently released teaser videos of its collaboration with BTS on Facebook and Twitter, raising expectations for the launch of a BTS Edition of a Galaxy smartphone. The video showed a smartphone box with seven purple hearts, symbolizing seven members of the band.

Remember how I was asking about that BTS logo yesterday? Well, it's because Samsung is releasing Galaxy Buds+ in partnership with BTS. This will likely launch with the Mirror Purple BTS phone. We found these images in the newest Galaxy Buds+ plugin from the Google Play Store. pic.twitter.com/LPw8kJTAoy

Samsung hasn’t revealed the price of the Galaxy S20+ BTS Edition yet, and there’s no information on how many units of the limited edition smartphone will be sold. During the Unpacked 2020 event, V, a member of the band, appeared in the presentation and was wearing the Galaxy Buds+ earphones.

This Galaxy S20+ x BTS bundle confirms that Samsung’s partnership with the Korean boy band is much more than a simple marketing trick. Members of the group have been uploading images captured with the Galaxy S20 series on social networking sites like Facebook, Twitter, and Weibo, and they’ve garnered millions of views.