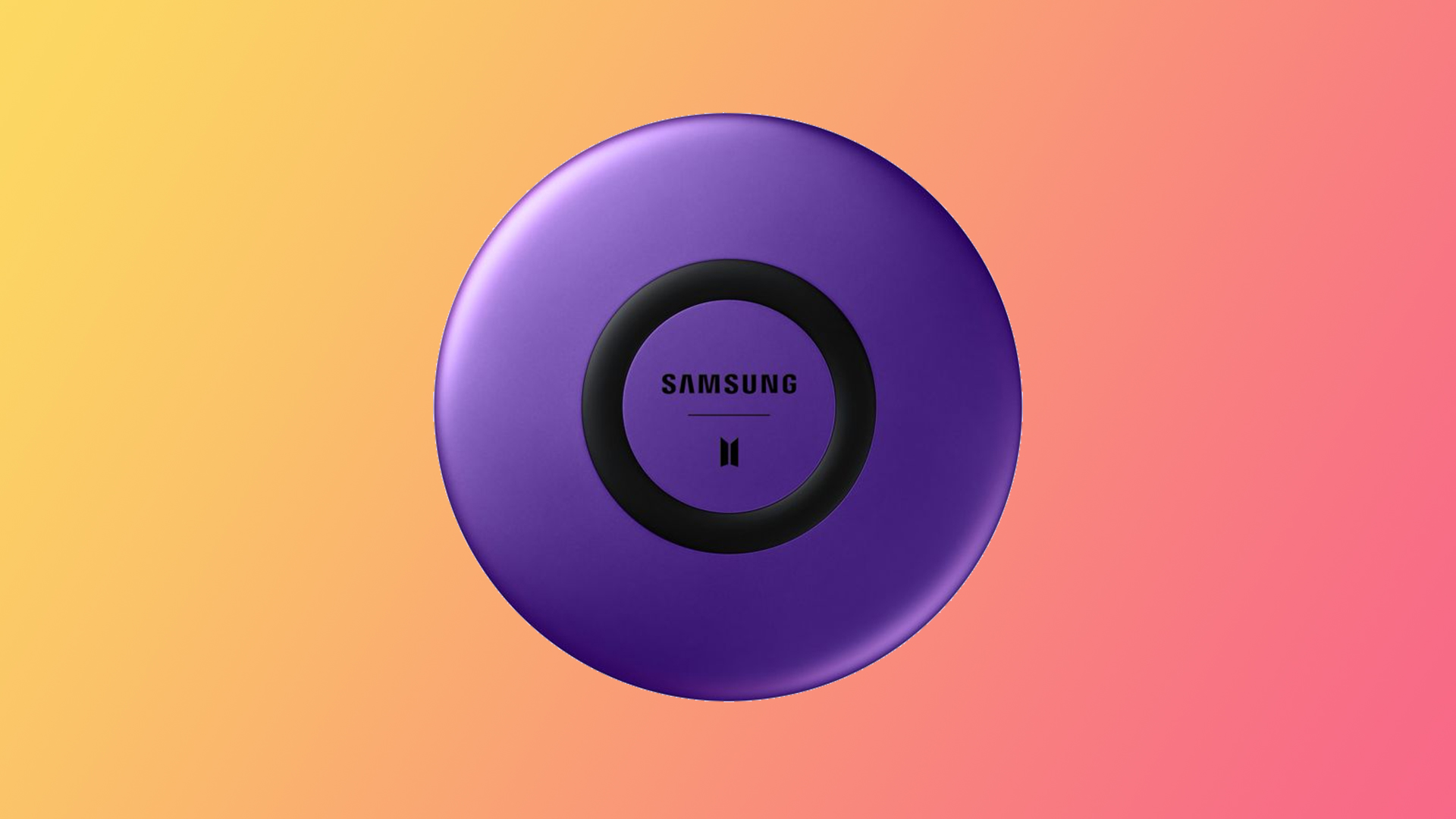 It was revealed last week that Samsung will launch BTS editions of the Galaxy S20+ 5G and the Galaxy Buds+ and that it intends to sell these devices in limited numbers. Now, an image of a BTS edition wireless charger has been leaked on the internet, revealing Samsung’s plans to go all out with BTS co-branding.

Noted leakster Even Blass (@evleaks), who leaked the press render of the Galaxy S20+ BTS Edition earlier this week, has published an image of a purple-colored Qi wireless charger from Samsung. Going by the BTS logo on the charger, it is evident that the South Korean smartphone brand will launch a BTS edition of the wireless charger.

The charger appears slightly different than the 9W wireless charger pad that Samsung sells, and we don’t know its technical specifications just yet. This wireless charger might come bundled with the Galaxy S20+ BTS Edition smartphone in a unique package.

Samsung will unveil the BTS-branded Galaxy S20+ and the Galaxy Buds+ on June 19, and the smartphone would go on sale from July 9. Pre-orders for the limited-edition phone will start from June 19 and run until July 5. The device will be available in South Korea at first, but Samsung could launch it in other markets as well.