CREATIVE AND EXCELLENT HIP HOP SOUND WITH EACH MEMBER’S VOICE AND FAST RAP FLOWING WITH A VARIETY OF DIFFERENT COLOUR. THIS TIME, AS ARTISTS THEMSELVES, THE COLOURFULLY CHARMING BTS WILL EACH TELL US ABOUT THEIR MUSICAL BACKGROUND OF THE ARTISTS THEY WERE INFLUENCED BY AND WHO THEY AIMED TO BE LIKE.

The artist whom they set their sights on becoming like, 3 out of 7 chose BIGBANG……

――When did you set your sights on becoming an artist? What lit the spark in you?

J-HOPE: I first started gaining interest in dance by watching various dance videos, and in them I saw BIGBANG. I too wanted to dance with such high quality and be an artist like my sunbaes so in my first year of middle school I auditioned.

V: When I was 10 years old, I saw singers perform on TV and they looked like they were having such a fun time singing. I wanted to sing while running around on a huge stage too. I thought that performing with all your heart looked like a lot of fun. Above all, I was captivated by BIGBANG sunbaes’ performances.

――3 of you were inspired by BIGBANG!

J-HOPE: BIGBANG is a truly amazing group so we were really influenced by them.

JIN: From when I was in elementary school, I had a vague dream to become a performer, so when I was in 3rd year of senior high school, I watched dramas. The actors looked really cool and seeing this I was deeply moved. I wanted to try too so in order to challenge myself, in university, I listened to the British artist Daley’s music. I wanted to sing like him and move people, is what I came to think.

JIMIN: When I was in junior high school I started to learn dance. I also performed by myself in public, and went to see other singers’ performances. “If I were to perform on that stage, I wonder what kind of feeling I would have~” is what I overwhelmingly felt. Among other things, my entire family was a fan of RAIN sunbae, and so watching his performances, I decided I wanted to become a singer as well.

SUGA: When I was in elementary school 5th grade, I loved the the underground Korean reggae group STONY SKUNK from YG, and I went to see their performances. I decided that I wanted to try making my own music in 6th grade after watching Epik High perform. From that moment on I was prepared.

RAP MONSTER: In my first year of junior high, my friend made me listen to rap, and at that time it was the first time such a song existed in this world so I was shocked. Then I tried writing my own rap lyrics. I want to show my world, is what I came to think. END_OF_DOCUMENT_TOKEN_TO_BE_REPLACED

END_OF_DOCUMENT_TOKEN_TO_BE_REPLACED

The following translation has gone through numerous processes of translation, Korean-Japanese-Korean and finally into English. Please bear in mind that this is not the most accurate (but hopefully the most approximate!) translation of the original interview which was written in Japanese. 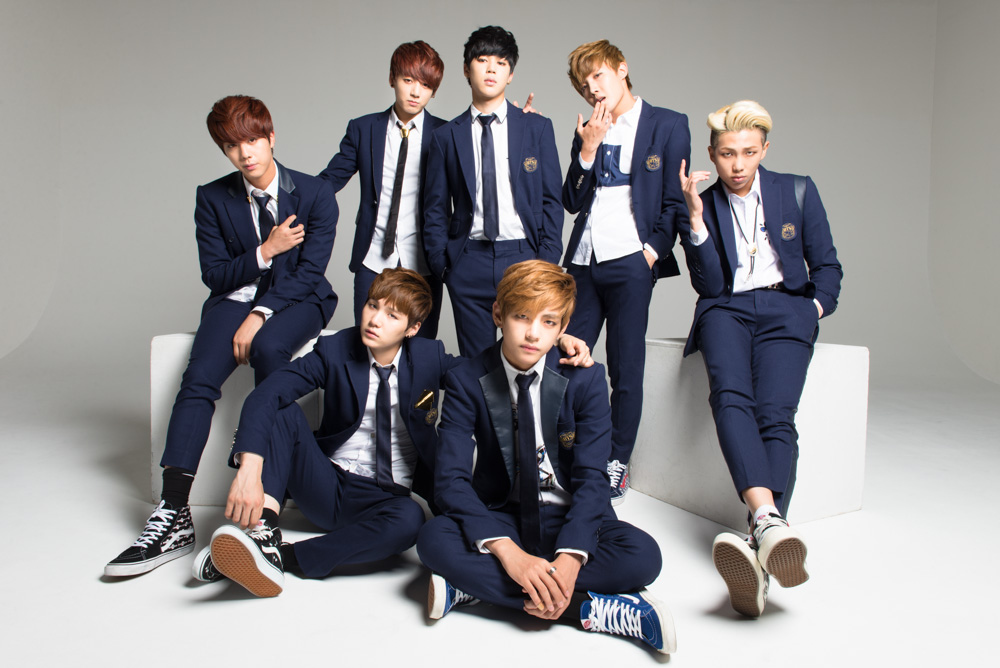 Within a year since their official debut in Korea, BTS successfully debuted in Japan as well as was ranked as third in Oricon. With their consecutive successes of their Japanese singles, they definitely proved themselves to be the next big thing in K-POP.

「I was really glad to hear that our ranking actually went up instead of going down.」

― Your Japanese debut title track of 「No More Dream」 was recently ranked as third in Oricon. Congratulations!

SUGA：We heard about it after the release event in Osaka. Everyone was really excited about it.

SUGA：Because I worked hard for it (Laughs)

JIN：We all thought the ranking was supposed to go down eventually but ours were quite the opposite. It was weird but in a good way.

― Did you all celebrate?

― Quite a number of fans have gathered around for your release event. How was it?

J-HOPE：We truly thank all the fans especially the ones who came to see us. We really felt all the love and support from our fans and I think it’s all thanks to them that we were able to be ranked in Oricon.

― And I assume it was your first release event?

RAP MONSTER：We only did showcases before so it was a bit different from what we have done previously. I really liked it since we were able to meet our fans more up close as well as it is another opportunity for us to be on the stage.

BTS was absolutely surprised to hear their second Japanese single was ranked as the fourth. 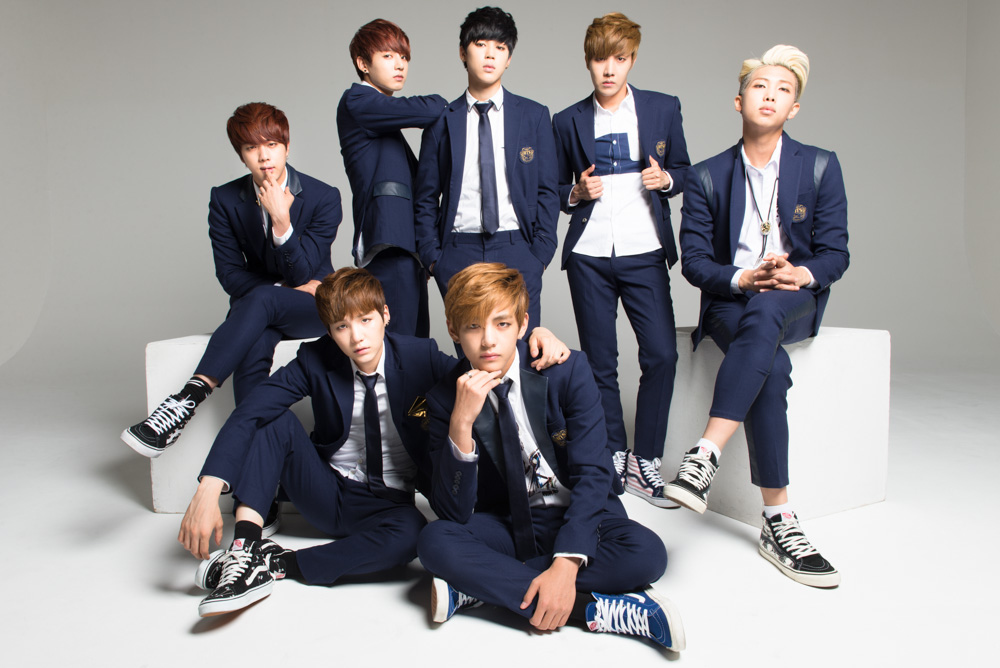 ― Within a month, you released another Japanese single title, BOY IN LOVE.

SUGA：We literally worked with KM-MARKIT right after we were done with NO More Dream.

RAP MONSTER＆SUGA：We’ve been told just before this interview.

JIMIN：BOY IN LUV is at fourth right now? Whoa-! (Laughs) We’ll all work harder to be able to be at the higher rank the next time!

V：It’s such an honour. We often hear about other artists being ranked in Oricon and the fact that we are one of those artists is just amazing.

― Please tell us about your new single, BOY IN LUV.

RAP MONSTER：Until now our songs were mostly about societal issues that teenagers are faced with like stereotypes. With BOY IN LUV, we wanted to talk about their love.

― What kind of concept are BOY IN LUV and its choreography?

J-HOPE：In general, choreography tends to be in accordance with the songs like our previous songs of No More Dream and N.O. You’ll soon figure it out.

SUGA：The song and choreography are about feistiness of teenagers and their love, a bit immature but full in essence. END_OF_DOCUMENT_TOKEN_TO_BE_REPLACED 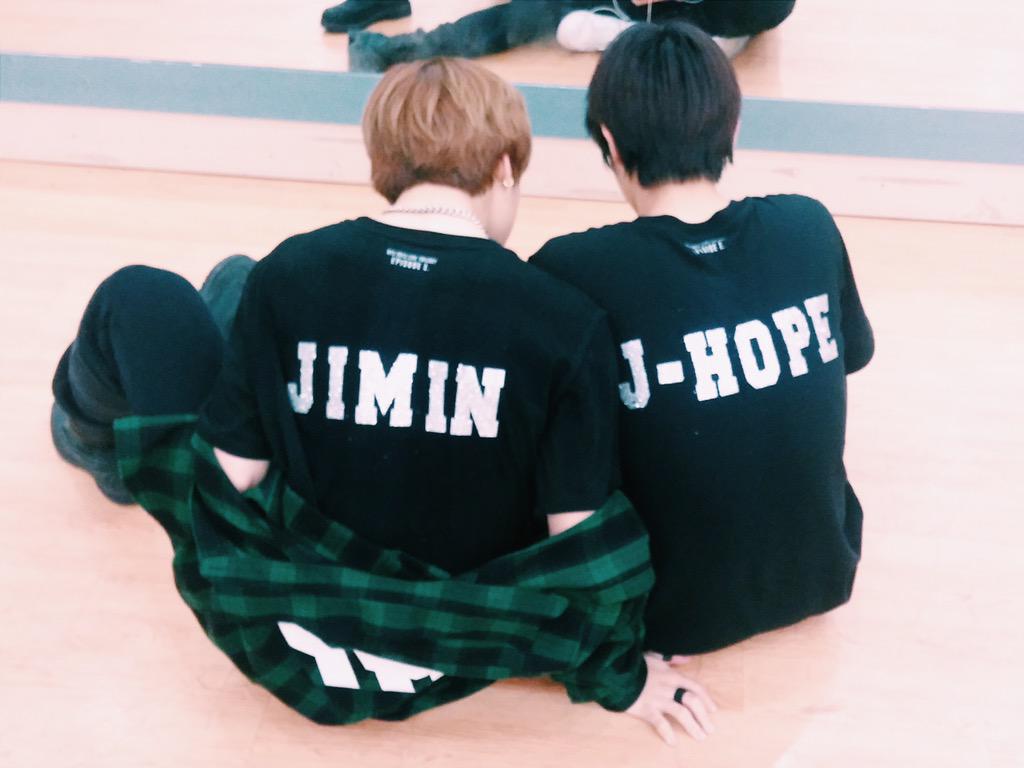 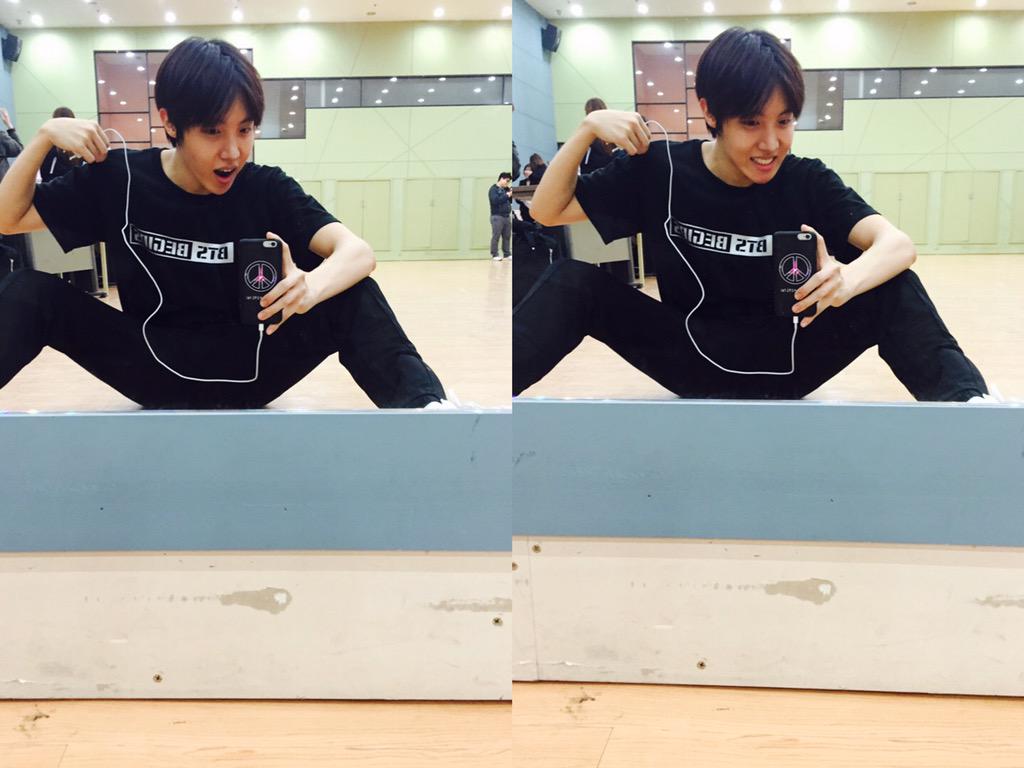 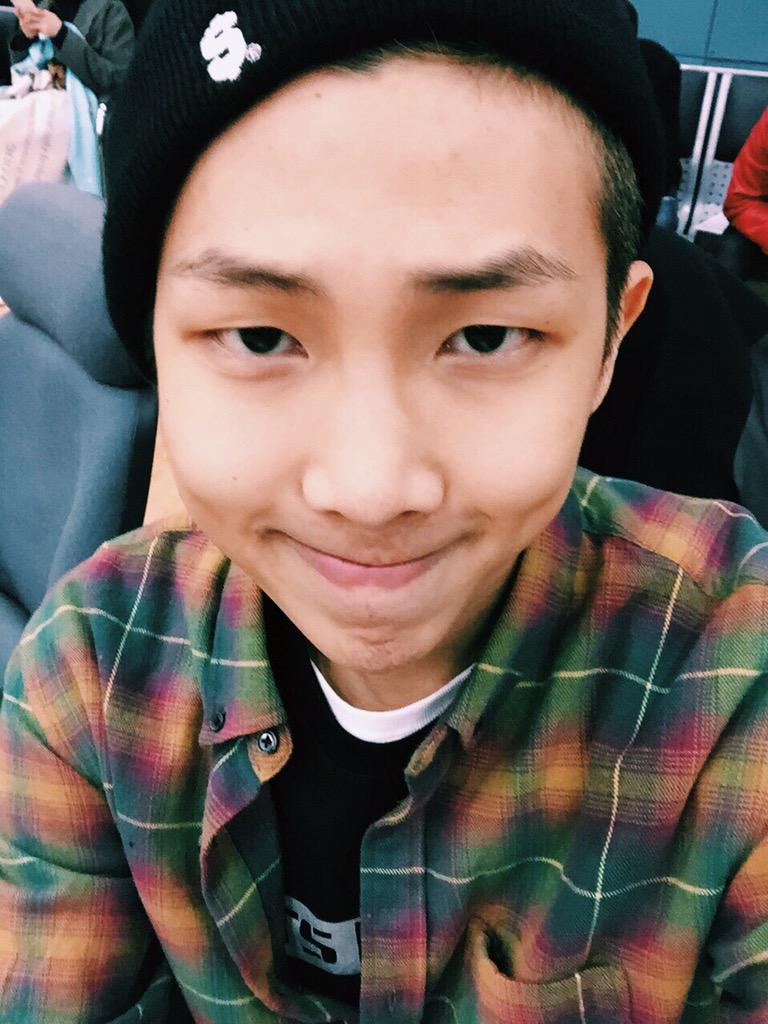 Trans @bts_twt :  I don’t know how many months it’s been since I took a selca [Rap Monster] END_OF_DOCUMENT_TOKEN_TO_BE_REPLACED

END_OF_DOCUMENT_TOKEN_TO_BE_REPLACED 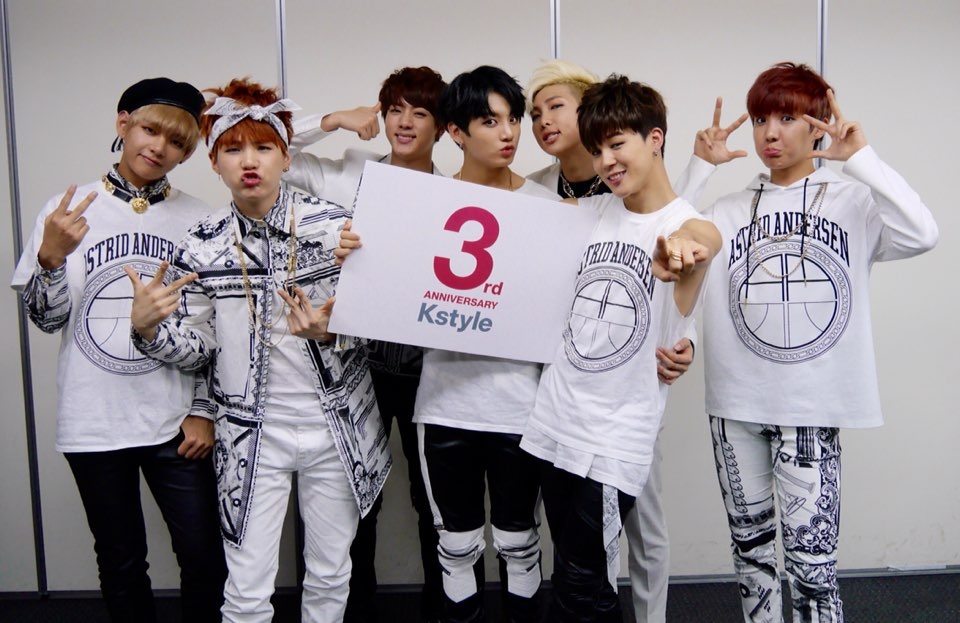 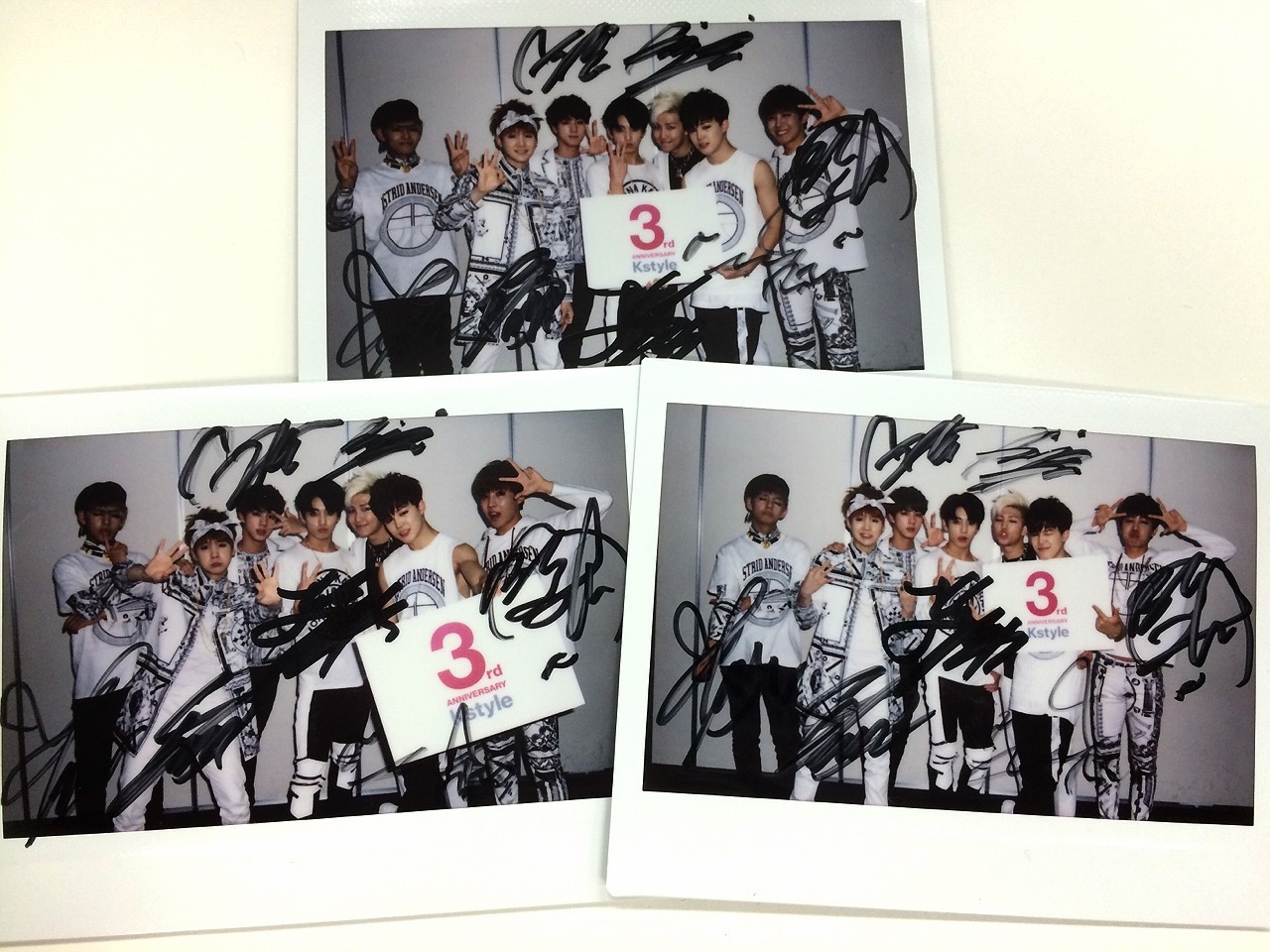